The item was added to your cart. 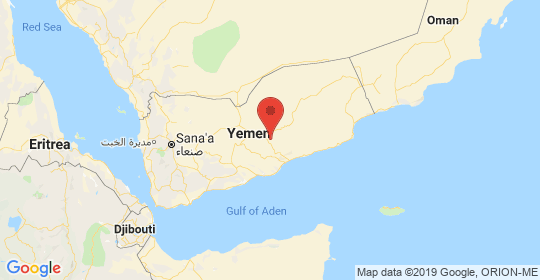 Roast:  A lighter roast will generate a tart snap in the cup, but taking this bean through a very distinct first crack and just into second produces the distinctive berry and chocolate flavor.  Stay patient as first crack may take longer to achieve, but then the roast moves along quickly.

About: This coffee comes from the Haraaz region, the premier specialty grade Yemen coffee producing region. This area consists of a range of mountains with altitudes from 1800 to 2450 MASL.  The unique geography boasts an amazing mild and cool climate, in addition to the natural fresh mountain spring water and rain fall – ideal for crop irrigation.

Since the 14th century, a small community of farmers have lived on the eastern slopes of these high mountains. The ancestors were all farmers owning fruit and coffee farms,  and exported crops exclusively out of the historic port of Mokha on the Red Sea.

In the 15th century a disastrous influence swept the country.  It was the drug called Qat/ Khat (named from the leaves of the Catha edulis shrub).  When chewed like tobacco or consumed in tea, this drug produced a feeling of euphoria.  Many farmers replaced their coffee plants with Qat, never realizing the nightmare that this decision would cause the industry and especially the people.

When they began to understand the horrible social and economic consequenses, farmers of the eastern region of Haraaz started uprooting Qat/Khat and growing Coffee again, and this program influenced others all over Haraaz and other parts of the country to do the same. The work required a lot of effort, sacrifice, and support. The challenges were hard, but with team work, belief and love for coffee, the dream came true, and the whole region is now 100% cleared from any single Qat/Khat tree. The region is now proud to be producing the best coffee in the country.

This decision has proved to be especially important as Yemen has been plagued by wars and a struggling economy.  Coffee has proved to be the best source of income for the farmer in comparison to Qat/Khat trees.  Thanks to the vision and of farmers through the centuries, Qat/Khat is eradicated and the quality of Yemen coffee is again world-renowned.

Our partner, Hudaifa Tayeb, shares this same vision.  In 2015 when the first missile was fired near his house in the capital city of Sanaa, He had to flee the country with his family looking for a new future. He left everything behind him, but carried one thing that he always believed would be his connection with his country and region, and that was his bag of Yemen Haraaz coffee beans. After arriving in Canada in 2018, Hudaifa launched a company with a goal of Human to Human interaction.  He re-connected with his fellow farmers, family, friends and business partners in Yemen.  They organized and improved their coffee production, exporting from Yemen to his new home in Canada.  Hudaifa’s sole vision and goal is supporting the farmers during this huge revolution and transition, and bringing back glory to this hidden and forgotten gem of Yemen. We are proud to help him in this noble effort, and to be able to provide outstanding Yemen offerings to our customers.